An Australia Day reflection: a gutsy town rises after the fire 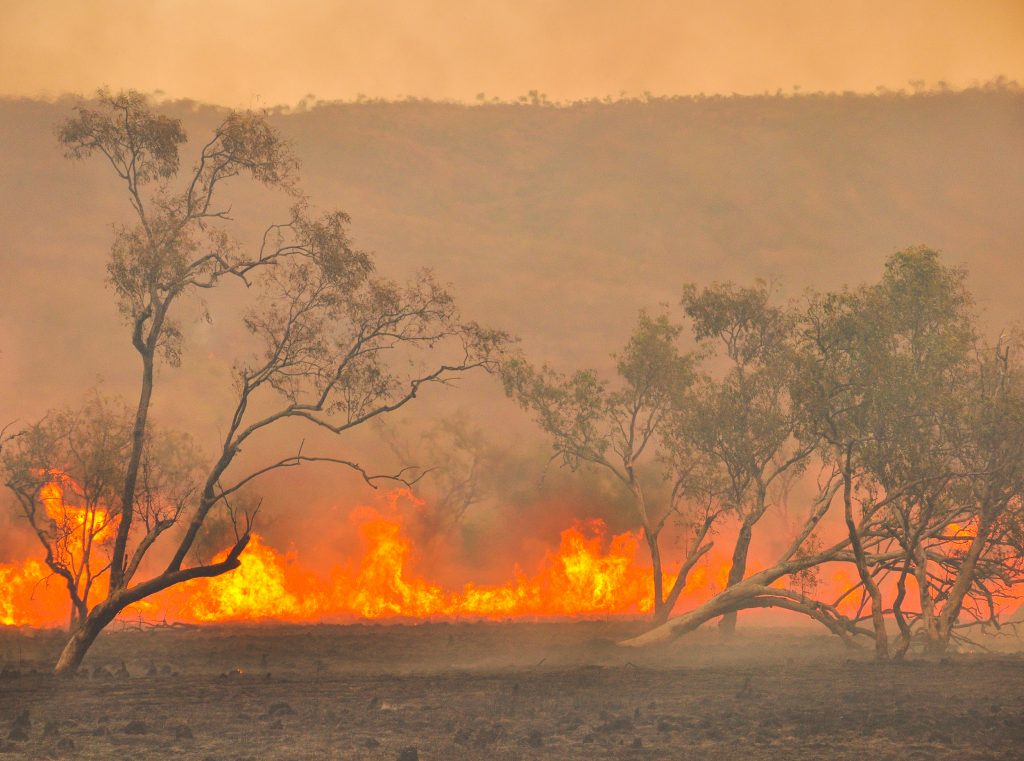 The music is pumping in the camping ground, rising up the hill accompanied by shouts and squeals of joy from the families celebrating the long weekend at the Big 4. They are long overdue sounds of happiness for little Wye River, the town on Victoria’s Great Ocean Road that succumbed to bushfire on Christmas Day.

The music plays for hours, shared by those of us above on the ‘lucky’ hill, the one full of holiday houses, rising up behind the pub with its strangely green cloak freshened by rain and the glitter of friendly house lights.

But the hill opposite listens silently. Still throbbing with black ash and twisted trees, brown leaves and the gaping roofs and mess of house debris, it is darker than the moonlit sky.

Even those whose houses miraculously survived, no doubt doused with seawater from the choppers above, can’t go back and light up that hill, as they wait to hear their homes have not been undermined by the force of nature that engulfed this happy hill on a scorching Christmas Day.

But the hurting hill has its own presence, and it is a darkly brooding place for those who aren’t concentrating on music and lattes and surfing below.

In the camping ground by the beach, some dear friends, having literally built their house themselves and then lost it to the ravaging fire, have erected a tent open to the ocean, and to their friends and neighbours. They come there after they’ve been on the macabre guided tour with the CFA, some coming for the first time to see the home they fled a month ago, even though they are still far from ready to see what is not there, and the ugliness that is there.

Our friend tells me simply that ‘up there’ is nothing like the place we stand in. From the surf club beach, we can see blackened hillsides, scorched trees, black rocks where the fire billowed out hungrily over the ocean. We can see where the fire raged ominously above the spooky green of ‘pub hill’, nibbling at the edge of houses like mine. We can smell charred land on the wind.

But he is telling me of a place that smells and looks like something else, up on the hill. Under the canopy of almost autumnal rust-coloured leaves, down in the deep, reeking ash, where a flash of coloured mixing bowls and a few scraps of a trail bike might be all that is left of a home, and that not enough to lift your heart for more than a moment.

Where the homes of your friends and neighbours, one after the other for whole streets, lie in charred pieces, or don’t really lie there at all, not collapsed but melted away, dissolved in the cauldron of Christmas Day 2015.

We joke about the stories we’ll tell one day, standing on the balcony, beer in hand, spinning the tales of ‘the day the fire came’. Being the ones who remember it and tell the story.

Because this fire has been pulsing in the psyche of little Wye for decades. Nobody who has lived here, or retreated to its soothing isolation and misbehaving surf on holidays and weekends for years, has not been thinking about ‘The Fire’ that must inevitably come.

‘We are due for one’, or ‘this year could be the year’, we would all say each summer. All of those wry, almost pugnacious observations that are so typical of a community that cherishes and celebrates gutsy pragmatism.

And of course we all knew that the only time Wye River, a town so small and so overshadowed by iconic Lorne that most people had no idea where it was, made it into the media was when it topped those annual lists of the most indefensible bushfire-prone towns in the country. We were told again and again that we would not make it out in a fire. We would be running down to the ocean and hoping for the best, unable to even contemplate saving our houses. We would be lucky to make it out alive.

But that was OK, somehow. We lived with and loved our big leafy hills and brooding valley, the thick forest that only left room for a town centre composed of a pub and a shop. We knew we were privileged to share our space with Nature, good and bad.

Typically, the local CFA, composed of the relentlessly dedicated locals who staffed it and every other organisation in this tiny town overstocked with community spirit, kept plugging away, planning what they would do, what they wouldn’t do, and how they could exert some control when the big one came.

The Wye River newsletter that pokes under our door several times a year paints a vivid picture of the local identities, and their diligence about keeping people safe on the beach, in a fire, as well as having plenty of laughs and drinks at the pub.

When the little CFA unit in charge of the country’s most indefensible town finally came to face the fire we had to have, the big surprise was that there was help at hand. Lots of it. You could still hear the amazement in the firefighters’ voices when they spoke on TV afterwards – ‘we never expected to have help….but we did’. So everyone made it out safely, and nobody was seriously injured: the result none of us had imagined.

And now we adjust. The birds have all moved to the western hill where they sing and twitter in the green swathe ringed by burnt land. But they are not all themselves either – the rosellas are thin and harassed, begging for seed. Not a kookaburra has laughed this weekend, and the koalas who normally doze above our balcony are nowhere to be seen. The souls lost were undoubtedly our birds, our furry, emblematic Australian animals, as well as the myriad of other quiet creatures that live a rustling, creeping life in Wye River.

The black hill, as night draws in, seems to throb with pain. The burnt trees everywhere ooze something like blood, if they have not already been toppled. And those who put their heart and soul, and for some their most precious belongings, into a home in the gum trees and the mild, soft sea breezes so typical of Wye, will ache too for many years to come.

I sit in my little home in the trees, the place we always thought would burn first, feeling lucky and sad. I can only hope the gutsy spirit of Wye River can mend the scars, and pull the town through with its resilience intact. I hope that just as we counted on disaster coming to us, and still had a relentlessly good time, we can count on this plucky community getting through. Talking it through, beer in hand, gossip and laughter and stories and tears all mixed up to make a kind of cement you can build a town on.