Doubt yourself? Why that’s a very good thing. 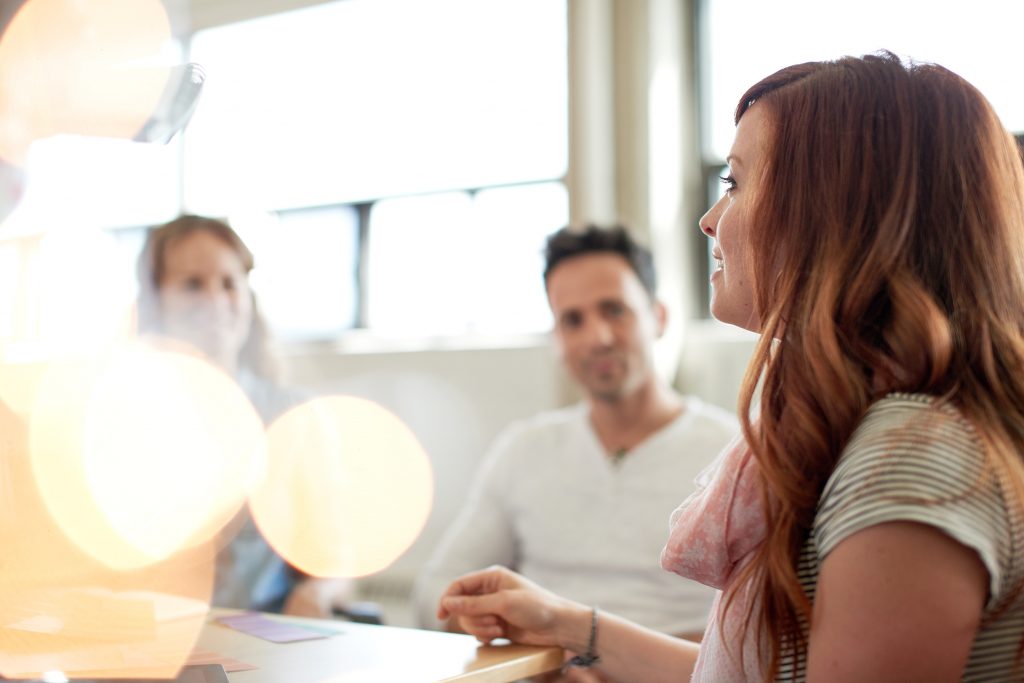 I sat with self-doubt today. The most damaging thing that happened to me was surely the fact that I just admitted it – something absolutely taboo in our success-oriented, move-forward-fast-or-be-run-over world. The recruiters among my LinkedIn connections will be turning away in disgust at this very moment. Some of my fellow consultants will be squirming uncomfortably as they turn back to tapping out their latest list of five top tips to success, intent on winning eyeballs and jobs by being the most quick-witted and self-assured blogger on the block.

Some people don’t have self-doubt at all, of course – bless them, they’ve clicked onwards already, in a small but determined stampede away from this page. It could be contagious, so best not to hang around!

But most of us know a lot more about our companion, self-doubt, than we like to acknowledge. We occasionally take a quiet moment to wonder if we’re getting it right, if we know everything we should (FOMO is epidemic) and whether we’re doing the right thing with our skills and talents.

Yet it is literally frowned upon to doubt yourself these days. The growing number of people with mental illness know exactly how it feels to doubt yourself into a dark place where evidence of your debilitating self-doubt marks you out for marginalisation.

In the business world, it is isolating too. From the all-too-prevalent ‘Impostor Syndrome’ – leaders who constantly fear somebody will find out they’re not really up to the job – to the bright young professional who cannot progress because her doubt stops her speaking up with her ideas or reaching out for the promotion she wants.

I deliberately called her ‘she’ because it has become glaringly obvious, as we search for the issues that hold women back from claiming their rightful 50% of positions in business leadership, that self-doubt is one of the biggest barriers women face. We are really good – gold-medal winners – when it comes to self-doubt.

Coming out of an annual retreat for senior executive women, where successful, talented women who are on the edge of CEO-dom listen to and talk with amazing female role models who are leading CEOs, non-executive directors, entrepreneurs and thinkers, I am disturbed yet again by the long shadow that self-doubt casts. More than a shadow – sometimes it’s a set of shackles.

I know there are plenty of men who struggle with self-doubt too. And self-doubt that’s all the more damaging because it’s pushed down so deep.

But it seems as if nearly every woman, no matter how senior and accomplished and breathtakingly articulate, has too willingly offered her wrists for those shackles. They turn from the podium, rapturous applause ringing in their ears, and whisper urgently, ‘Was that all right? Was I all right?’. You could say it’s just good manners to ask, but there is more to it than that.

There are plenty of senior male leaders – men who truly care about progress for women – who point out just how limiting and sabotaging self-doubt can be for women. And it can sound like blaming women for their own lack of success.

Fortunately there are also some very special leaders like Kmart Australia CEO Guy Russo. He freely admits that the self-doubt women have, and tie themselves up with, is mystifying and frustrating. But he also told our group at Senior Women in Multinationals something very important: self-doubt is constraining, but it’s a good character trait too. Humility, self-awareness and a willingness to question yourself and your actions are noble and useful in their own way. You could almost hear the sigh of acceptance and relief around the room. As Guy said, he would always trust and respect somebody with self-doubt over somebody who never questioned themselves.

Guy made me wonder if the problem with self-doubt is really that it’s such a forbidden thing today, like lying down to read a book or, horror of horrors, a glossy magazine, when you could be improving yourself at the gym. Things we once relished and recognised as time out, play time or thinking time.

If women weren’t so embarrassed by their own self-doubt, and instead openly embraced it (and there are some great women who do), would it be such a barrier, a negative? Could sitting down with your self-doubt – just for a while, quietly, with a purpose in mind to investigate something about yourself or what you are doing – be strengthening instead of weakening?

Could self-doubt be a comrade instead of an enemy if we openly harnessed its power and acknowledged its ability to make or break? Perhaps it’s the basis for empathy, at the very least, and for strong, authentic leadership, at its best.

Just a thought I had while I took some time out to sit with self-doubt.