The Fall and Rise of Authenticity 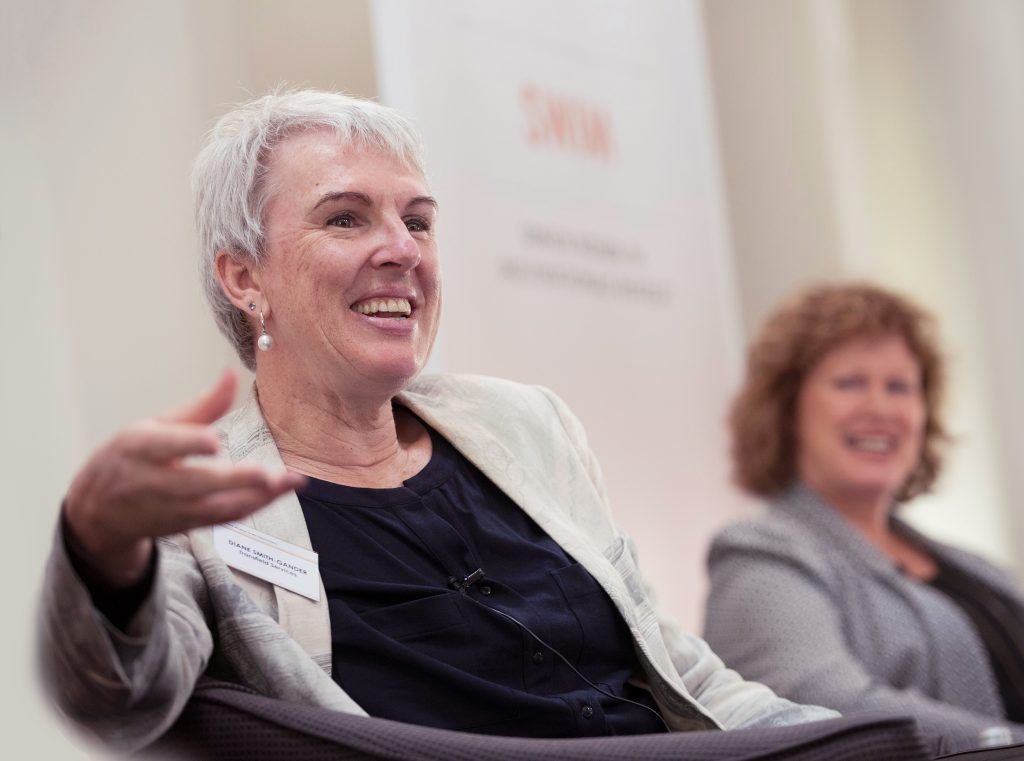 The following post was an address to The International Association of Business Communicators (IABC) on 4 May 2015, at RMIT.

Much spoken-of and rarely-seen, authenticity is a word beloved of leadership and communication experts alike. ‘It has to sound authentic’, the comms advisor says, crafting the message and plotting channels. But do we really understand what it is or how it happens? Many of our audiences would probably say ’no’. We certainly know when we are in the presence of authenticity.

From global greats like Nelson Mandela and Barrack Obama, to Australian business leaders like Andy Penn, Guy Russo and Diane Smith-Gander, our world is full of authentic leaders who speak their truths clearly and meaningfully. In the simple and original Greek meaning of the word authenticity, they are genuine.
The problem is that we don’t know when we don’t see it. The fast-paced, digital world has valued showmanship, headlines and good looks in our commentators above true authenticity. If you’re judging somebody on a quick blog piece, a picture and maybe a good video performance, and doing it the few minutes you spend before you move on to the next offering in the digital torrent, there’s a good chance you might not spot the difference between the truly authentic and the phoney.

How did it come to this? The trouble is, we once didn’t have to spend a lot of time thinking about authenticity per se. We had time to consider people and what they said, how they communicated with us, in a slower, pre-digital world. As a young journalist in the days before media releases were invented, my colleagues and I would spend hours every day standing around in the newsroom discussing our stories, our sources, the people in the public arena we tapped for news. We never thought about it, but we were really testing and discussing their authenticity – in the old-fashioned, human way.

But then things started moving a lot faster. A period of unprecedented prosperity dovetailed with the breathless pace of the information revolution to create a frenzy in which the showman, the fraud, those who lusted after more yield, and pursued it single-mindedly, were celebrated and rewarded with ostentatious wealth. Hype and spin became everyday words. When it all crashed down, creating the GFC, ordinary people looked around and asked how it had happened. What had happened to the genuine, authentic people who used to manage our money? What was actually true and reliable information? What had happened to authenticity?

So we rediscovered our interest in authenticity, and we put it up in lights….on every social media platform, on Google, on airport bookstands and online magazine covers. Suddenly all of those wise and self-aware health gurus, the sincere leadership speakers with five simple steps to authenticity, and anyone with the capacity to self-publish a book and get listed with a speaking agency, were right there with authenticity offered on a plate. There were plenty of truly authentic communicators joining in, but surrounding the true gems was an awful lot of rubble.

And the meaning of ‘authenticity’ began to move beyond its original definition, and be more about personal attributes: being ‘true to one’s own character’, ‘accurate and reliable’, ‘purposive and responsible’, to quote a few dictionaries.

Politicians made an amusing entry into the arena, quickly spotting the tempting opportunity to woo voters with their authenticity through new digital channels, by showing off their ‘true selves’. Almost simultaneously, they (and their comms advisors) worried about whether voters would actually like the ‘real’ them. They often ended up in a tangled conversation with the public, tripping over and revisiting their ‘authentic’ pronouncements until their audiences were totally confused. There are many examples, but Julia Gillard’s ‘the real Julia’ moment encapsulates the issue.

How authentic are we?

As a communications advisor, the focus often, quite rightly, swings back to us. How authentic are we, with our strategies, research and standardised methods?

We’ve worked so hard in recent years to be a more respected profession, with our accreditation, our publications and our omnipresence at the elbow of significant leaders. Yet how often do we use our gut instinct, our originality and emotional intelligence to guide our communications work? Are we guilty of putting inauthentic words in the mouths of our leaders, or being so bogged down in jargon and the politics of the moment that we can’t see how inauthentic our communications sound to an audience beyond the C-suite?

A worrying indicator is the many mid-sized and multinational companies who are losing interest in having a senior, wise comms head at the management table, and instead choosing a junior, hard-working comms person. Why would they do that? Lower salary costs, yes. Digital savvy, yes. But how much of it is due to the realisation that comms strategy comes off a shelf or out of a digital library, and can be run on templates and online research? Who needs comms people with gut instinct, the courage to speak up, hard-earned wisdom and original thinking, if you can systematise communications? Cheaper, faster, easier for executives to get their heads around and to control and direct. Looks great on paper, powerpoint or screen. But authentic? Not so much.

If you care, and you should, now is the time to rise up, communicators, in defence of authenticity. This grim picture of how our contribution to inauthentic communications threatens our very existence also gives us all the clues to how we can turn it round.

You’ll be far from a lone voice here, as my fellow Talk55 speakers demonstrated with their examples, from a top CEO who only needs a few lines to run a full-day meeting with his team on values, to a reluctant, camera-shy park ranger willing to tell his story on video to help his mates. Opportunities abound.

Become a champion of authenticity. Understand what it means and consciously set out to stimulate it, in yourself and others. We are the frontline – help authenticity to rise again.

And because we live at this crazy pace, and use lists to organise the mayhem, here’s your five easy places to start: